“That was some of the best flying I’ve seen to date – right up to the part where you got killed.” – Jester 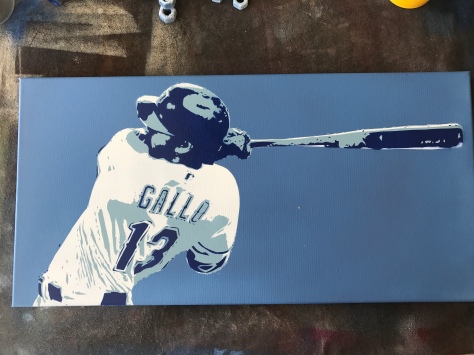 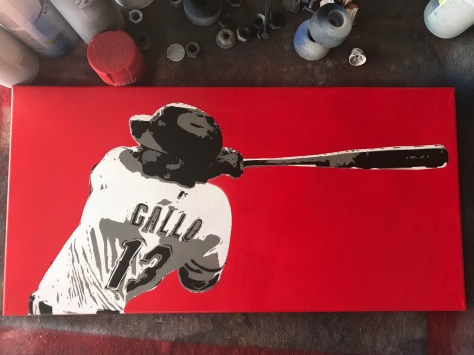 Both are available. Inquire below.

“You put snot on the ball?” – Rick Vaughn

Pitchers and catchers report to Surprise, AZ to open Spring Training 2014 for the Rangers.

Low, and he walks the bases loaded on 12 straight pitches. How can these guys lay off pitches that close? – Harry Doyle

Also, be sure to pick up the next issue of Beckett Sportscard Monthly, it’s the Art issue.  I’ve been profiled as part of the issue.

So, support Beckett and get your own copy.  All for yourself.

So baseball season is officially over.  So it make sense to do a quick baseball piece right?

Here it is.  Alan Trammell and Lou Whitaker turning a double play.

“Heywood leads the league in most offensive categories, including nose hair. When this guy sneezes, he looks like a party favor.”- Harry Doyle

Mitch Moreland (born September 6, 1985, in Amory, Mississippi) is a professional baseball first baseman and right fielder who plays for the Texas Rangers.

He attended Mississippi State University, and was drafted by the Rangers in the 17th round of the 2007 Major League Baseball Draft.

Here are a couple of pieces I’ve done of Mitch Moreland.

This first one is actually done on baseball cards, it’s 9″x12″.

“That ball is history!” – Eric Nadel

Yeah, he did that.

It’s okay, honey. I… I was just talking to the cornfield. – Ray Kinsella

Heywood leads the league in most offensive categories, including nose hair. When this guy sneezes, he looks like a party favor. – Harry Doyle

Here are a couple of originals of Kevin Mench, former Texas Ranger.

A couple of fun facts about Kevin.

On June 30, 2005, Mench hit 3 home runs in a single game against the Los Angeles Angels of Anaheim.

On April 26, 2006, Mench became the 19th player in major league history to hit a home run in at least six straight games.

These pieces are 11×14 on heavy duty paper, spray adds the color.